This was an excellent opportunity to hear about Townscape Heritage Initiative schemes taking place across the north of England and Wales, hear about problems encountered and what was learned from them, and to share examples of good practise.

Leeds has three THI schemes, Armley THI where this meeting was held, and the other two are located in Chapeltown and Lower Kirkgate.

This meeting marked the end of the Armley THI scheme, with a plaque being unveiled to commemorate the final project being completed.

There was also the opportunity to walk round the Armley THI area and admire the work completed on various properties. Armley, like Colwyn Bay, has suffered from neglect to properties over the years along with inappropriate shopfronts being installed.

The Armley THI scheme has been able to reverse some alterations, and restore buildings, and we saw some great examples of traditional-look shopfronts, and a critical property which has been given a new lease of life through measures such as clearing vegetation, repairing the roof and rebuilding walls. 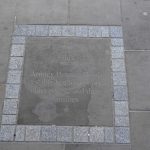 A timeline paving stone from the Keystone Pavement Scheme 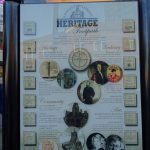 An information board in the centre of the THI area 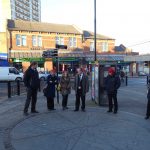 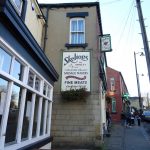 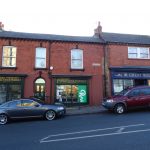 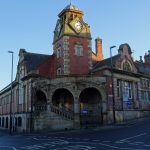 The Armley One-stop centre, formerly the Armley Branch Library and the location of the regional THI meeting. 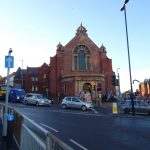