Colwyn Bay Townscape Heritage Initiative held it’s final event on Tuesday the 28th of March to celebrate it’s achievements as the project came to a close. 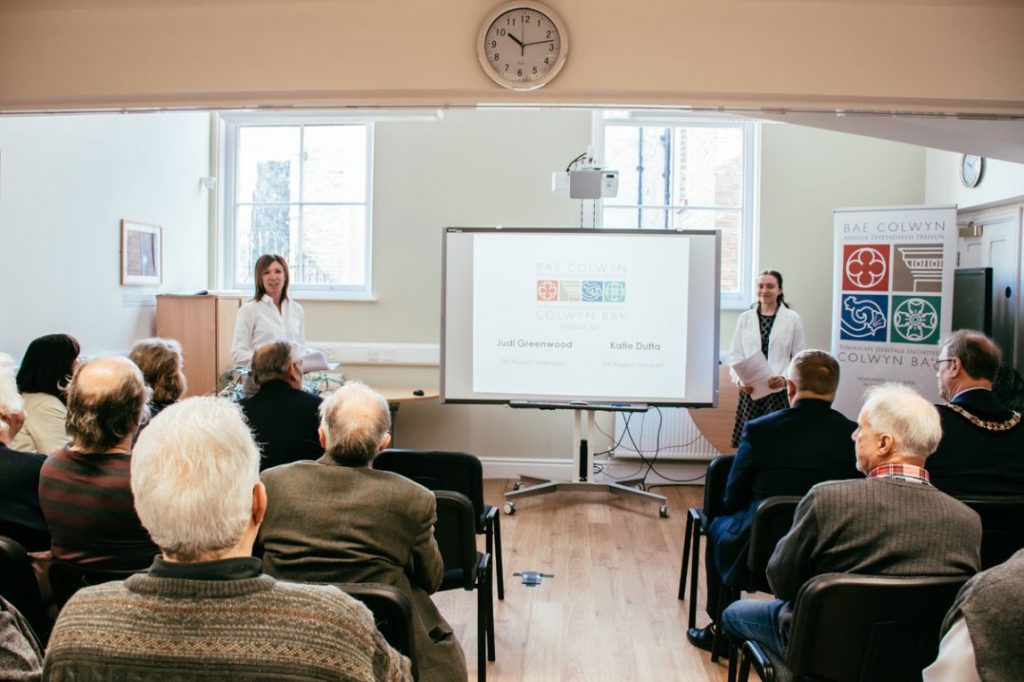 The showcase event was held at Station Court, which was Colwyn Bay THI’s first completed building project; the Grade II listed priority building was turned from an unused pub to a café & bistro with high quality meeting rooms and office space in the floors above.

Colwyn Bay THI took full advantage of this space, giving a presentation to attendees showing the buildings they had renovated, events and initiatives they had run and their different partnerships, and also exhibiting work from different projects, which attendees were able to browse while they enjoyed refreshments.

From 2012 to 2017, Colwyn Bay THI completed two critical projects, Station Court and The Station pub, which has transformed from a closed-off drinking pub to an open welcoming venue serving high quality pub food, and priority projects such as 3-5 Conway Road, which houses Dorothy’s Florist and Boppers, where a new shopfront was installed and empty space was replaced with new office space. 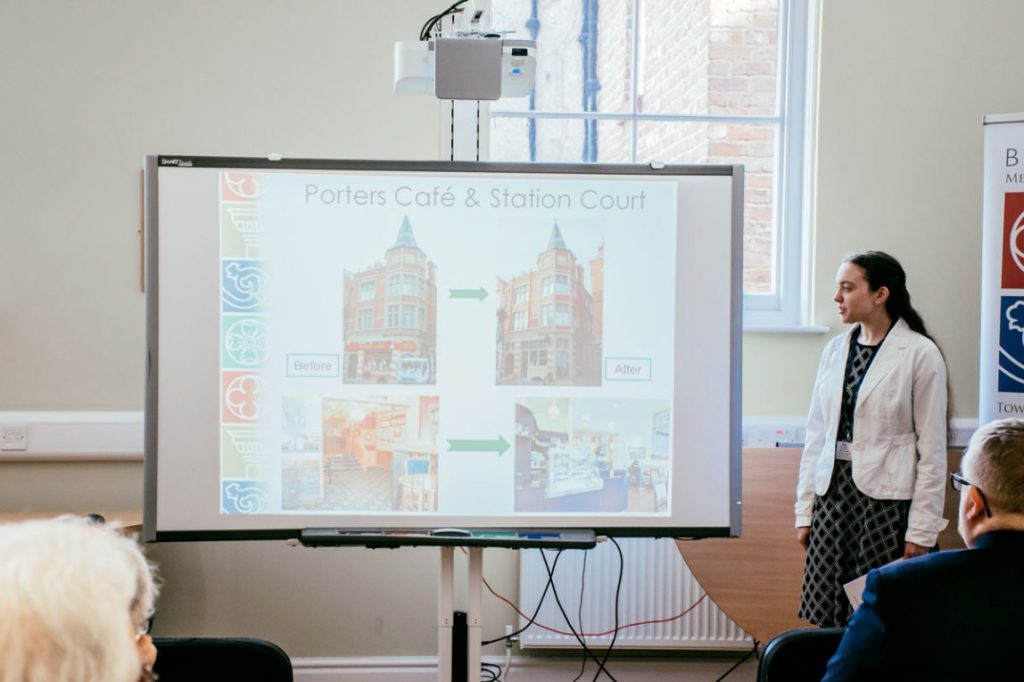 Colwyn Bay ran innovative new initiatives such as the Pop Up Shop in conjunction with Communities First, which grew from it’s initial premises of 24 Station Road to include creating short test-trading space at 22 Station Road and 20 Conway Road where The Lost Sheep Company had the chance to expand and fully develop their business from a start-up to a popular and widely known shop selling unique knitting and wool products. 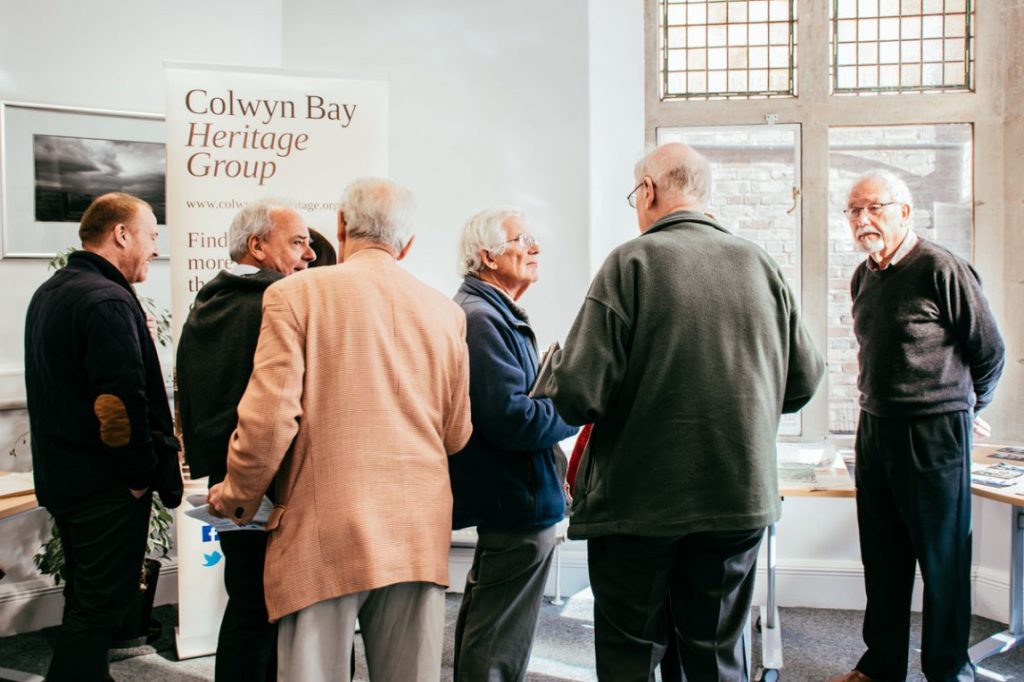 Colwyn Bay THI helped to set up the first Christmas event in 2014, which is now an annual event, and also created a traditional timber frame workshop for schools with The Natural Building Centre and Communities First, which lets pupils build their own classroom while learning about traditional craft alongside elements of their daily lessons such as mathematics. 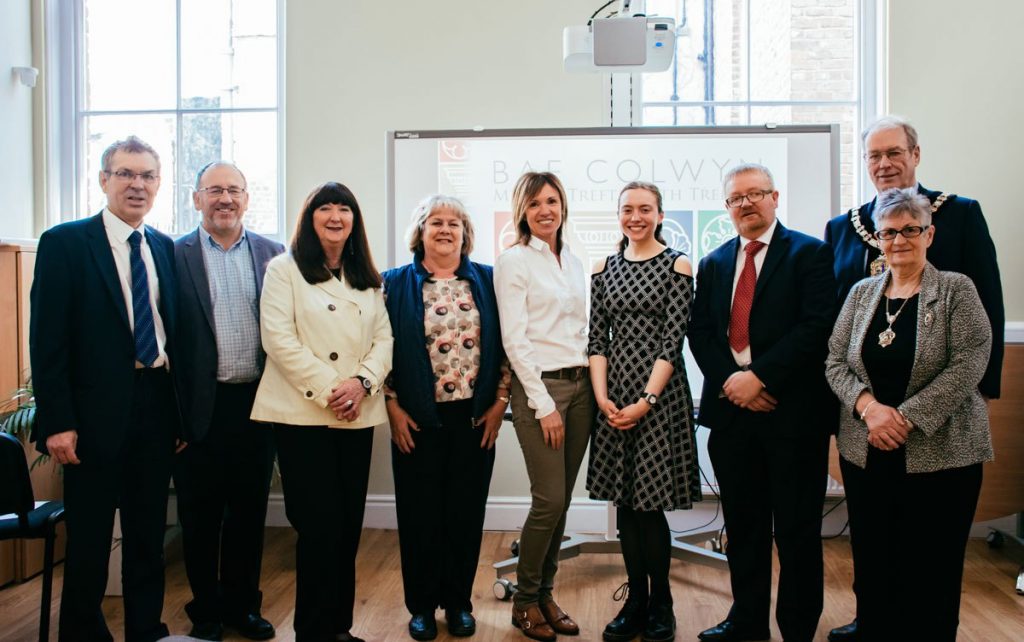