The evening was a resounding success, with many families gathering on Station Road to take advantage of free face painting, visits by snow-themed characters and children’s craft activities in and around the Pop Up Shop, 24 Station Road.

Shops and cafes opened for late night shopping and eating, with a Pop Up Cinema showing popular Christmas films.

Carollers and local musicians entertained the crowds on Station Road. There were also a range of stalls run by young entrepreneurs as well as an indoor craft market.

This year’s Twilight Festival is already being planned and will be held on Thursday 3rd December 2015. 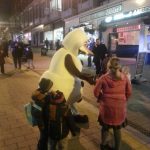 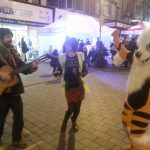 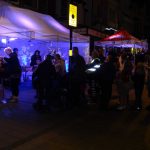 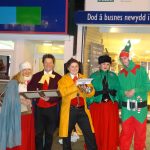